On September 16, 2021, eight members of the TW staff and TW Insider's Club went for a hike to complete the TELL Step Up Challenge

In my Boy Scout days one of the leadership lessons we were taught when going on hikes is that the group is only as fast as its slowest member. Over the course of my career, I parroted this mantra whenever it seemed fit for the appropriate PowerPoint slide.

However, I never saw it in action until we hiked Mount Tanigawa in Gunma Prefecture with a group of Tokyo Weekender staff members and TW Insider’s Club members on September 16, 2021. What is TW Impact?

Earlier this year we at Tokyo Weekender and our parent company Engawa underwent exercises to determine what Sustainable Development Goals (SDGs) we should set as a company. The TW staff identified three SDGs that the magazine has historically championed and that are important to the future of the TW community.

We chose to work towards improving the following areas for our company, our community and Japan as a whole: diversity and inclusion, climate change and clean water, and volunteerism and charity.

From an editorial standpoint, we launched the TW Impact webpage where you can find all the TW content that shares information regarding these topics. Rather than simply make bold statements and move on to the next trend, it was important that TW put words into action and create real, sustainable change. For example, the September issue of TW magazine was the first to be printed on environmentally friendly, FSC-certified paper.

Which brings us to the reason we braved the adverse elements and craggy slopes to reach the top of Mount Tanigawa. What is TELL Japan?

As we launched the TW Impact campaign, we identified key charities and volunteer projects to which we wish to contribute. TW has long been a proponent for and collaborator with TELL Japan , a Tokyo-based, not-for-profit organization providing support and counseling services to Japan’s international community since 1973.

Annually, TELL has held the Tokyo Tower Climb on September 10 – World Suicide Prevention Day – to help raise funds for its free mental health services. However, due to the global Covid-19 pandemic, this year TELL got creative and launched the TELL Step Up Challenge .

They asked participants to select one day between September 10 and October 10 (World Mental Health Day) and either individually or as a team of two to four people walk 21,081 steps – one step for each person who committed suicide in Japan in 2020.

The purpose of the Step Up Challenge is to raise funds to make the TELL Lifeline Services available 24 hours a day. Anxiety, stress and depression are considered secondary damages caused by the Covid-19 pandemic. Each one of us has been affected by mental health issues in the past year. It was, therefore, an easy decision to get involved.

One of the recommended stress relievers is to escape the city (while taking necessary precautions to cause further spread of Covid-19) and bask in Japan’s nature. So, the TW team decided to take a hike. There are mountains closer to Tokyo that we considered – such as Mount Takao or Mount Mitake. But we don’t do anything simple or easy here at Tokyo Weekender.

While Minakami is more well-known for river rafting and canyoneering, it is also located within the Tanigawa Mountain Range. The Tanigawa mountains are popular for the gorgeous autumn scenery and backcountry skiing in deep, pristine powder.

Cory identified immediately with our cause and said we are all going to climb Mount Tanigawa – the “mountain of death.” The Mountain of Death, You Say?

Yes, it seemed grotesquely fitting that to honor the friends and family we lost in the past year we chose to climb the mountain that has seen more deaths than any other mountain in the world. Since the 1930s more than 800 people have died on Mount Tanigawa – nearly three times more than Mount Everest.

Most of the deaths have occurred during winter when climbers attempt the rock climbing routes that are graded from I–VI by the Japanese Ice Climbing Rating. Tanigawa is a popular training ground for Japanese climbers with their eyes set on climbing Everest.

There are also two easier trails, with the aerial tramway bringing hikers more than halfway up the mountain. Families can reach the summit from these trails, which are open from July through November. It was this 6.6 km round trip that Cory selected for us.

Still, this wasn’t a walk in the park. It put our physical and mental fitness to the test. Minakami is a 70-minute Shinkansen ride from Tokyo Station on the JR East Joetsu Line. Six TW Insider’s Club members and two TW staff members (myself included) met each other for the first time bright and early at Tokyo Station to catch the 6:36am train to Jomokogen Station. We would return later that evening on the 18:23 train from Jomokogen.

The weather was iffy leading up to the day of the hike. We were determined to go forward rain or shine and it looked like it was going to be the former.

Cory met us at the station with two guides – Tomo-san and Babo-san – from One Drop outdoor guide service. He immediately put us through a coaching exercise called Secret Guardian. We each pulled a name out of a hat. You were now the secret guardian for that person and had to watch out for them. At the end of the hike you had to guess who your secret guardian/stalker was. We then took the aerial tramway ride, a 15-minute trip that Cory asked us to enjoy in complete silence. Sunlight was peeking through, but by the time we reached our destination we were enshrouded in a dark blanket of cloud. Visibility was at 10 meters. We were still fine to hike, but if visibility dropped down to two meters, we’d call the whole thing off.

Some members of our crew had never climbed a mountain before and were determined to reach the top. As a team, it became our mission to get up and down that mountain together. 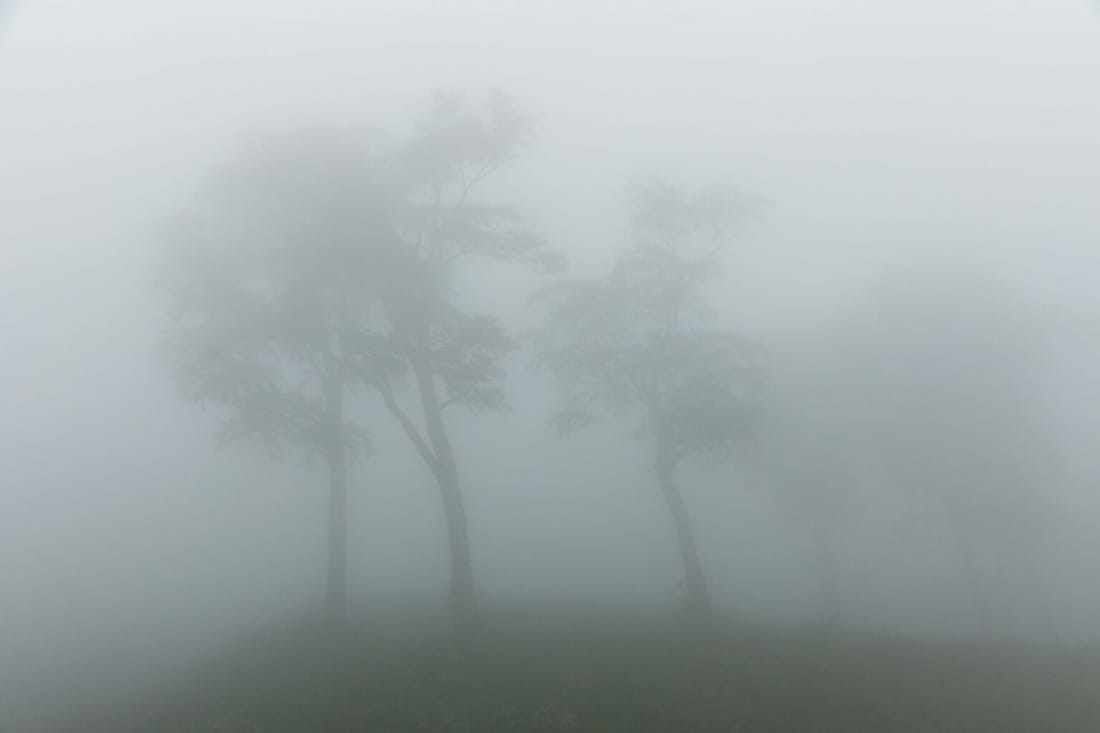 Just as Cory had warned, it was not an easy hike. There were rock faces where we needed to use that chain or rope tethered to the rock surface as a guide. There was low visibility to the degree that the person in the front couldn’t see the people in the back.

But within two hours we did reach the peak of Mount Tanigawa (1,963m). There was no view to be had, but we have photo proof that we were there. While step one was complete, getting down from the mountain proved an even bigger challenge. Bearing your weight on tired legs as you inch your way down a slippery rock is wretched on the thighs. Our pace crawled. Our cheery conversations became muted. One hiker lost the soles of his shoes.

To add tension to the drama, the ropeway closed at 4pm. If we didn’t make it, we were adding an additional two hours to our hike. This is when the guidance we received from Cory and the support network we built over the course of just a few hours jelled together. We made it to the ropeway at 3:57pm. There was no slowest member of our team, because we all did it together. 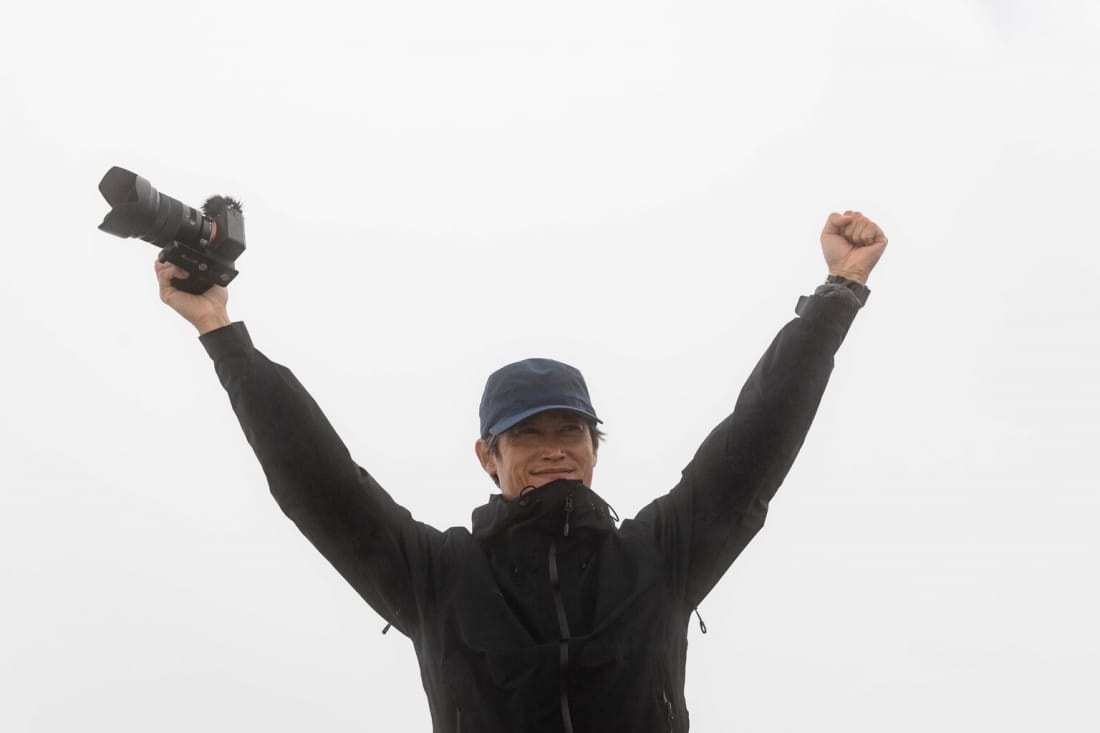 It wasn’t just those on the hike who were supporting us. The volunteers at TELL Japan were cheering us on. Our fellow TW cohorts were sending us positive comments on SNS along the way.

And none of this could have been done without our sponsors who helped make this all possible: Mori Building Co., Ltd. , Asian Tigers Japan and Faramarz Lounge & Gallery .

Also, there was no rain. So we had the weather gods on our side as well.

Find out more about how to support TELL Japan at telljp.com