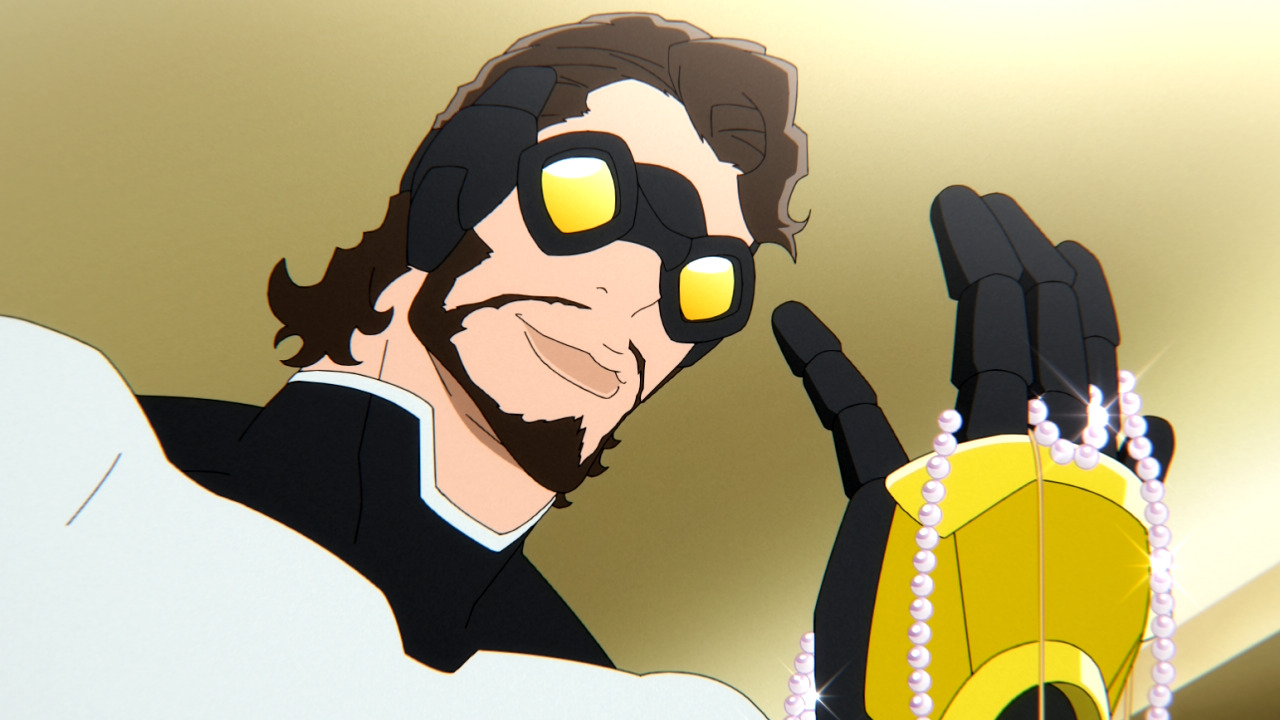 Medium-sized news: The Super Crooks anime is getting a live-action adaptation. And if you have no idea what Super Crooks is, then you now know why I said “medium-sized news.” Premiering on Netflix back in November 2021, the Studio Bones show about superpowered criminals hasn’t made the biggest of splashes in a time when adult superhero stories are all the rage.

It’s gotten good reviews, but no more than six on Rotten Tomatoes in the six months since it came out, which isn’t great. And, honestly, neither is the show, especially as a continuation of Jupiter’s Legacy . And seeing as you probably don’t recognize that name as well, let’s back up a little. What Super Crooks Got Super Wrong

The Super Crooks anime is a spinoff of Jupiter’s Legacy, a live-action superhero show that Netflix canceled last June after one season. The latter didn’t really boast the best production values but it had a solid story that was half Lovecraftian adventure and half engaging commentary on superhero ethics. It sadly left a lot of questions unanswered when it was canceled, which fans of the show hoped Super Crooks would address. But the anime ended up having almost nothing to do with its parent series besides the occasional shoutout to characters from Jupiter’s Legacy.

This isn’t really the anime’s fault because it’s just following the comic book by Mark Millar and Leinil Francis Yu. Still, that comic only worked because the Jupiter’s Legacy comic universe (also written by Millar) was so fleshed out. That allowed its creator to do a fun little side-series about a criminal with electricity-based powers looking for one last big score. On Netflix, though, the very basic story of Super Crooks barely works on its own in the era of envelope-pushing shows like Amazon’s The Boys or Invincible , and falls flat on its face as part of the Jupiter’s Legacy universe . This hasn’t been the first time that anime taking on American media hasn’t fully understood the assignment. I hope you were satisfied with the 2017 David Ayer movie Bright about fantasy creatures like orcs and elves living in the modern world because there’s no chance that one will ever get a proper sequel. Not after the original kind of bombed and especially now after its star Will Smith’s slapping incident at the Oscars. If you’re really desperate for more of Bright ’s urban fantasy universe, though, then you definitely should not turn to its anime spinoff Bright: Samurai Soul.

Samurai Soul (2021) took everything that was good about the original Bright, namely its modern setting, and scrapped it in favor of the Meiji Period (1868–1912). That’s technically the beginning of Japan’s modern era, but it’s still far enough in the past to make the anime movie feel fantasy-adjacent. And the story of orcs and elves in a fantasy setting is a drop in a bucket the size of Tokyo Skytree. So, does that mean there is no place in this world for animated Japanese interpretations of American culture? Not at all. Anime adaptations can totally work as long as you do them right. Let’s talk about Star Wars. It’s gotten too big. It’s a multi-billion-dollar franchise that simply cannot afford to take risks when it comes to its cinematic releases. That’s why the best Star Wars stories are happening outside the trilogies. The Mandalorian is a good example but Star Wars: Visions is a more apt one.

A collection of short anime films, each handled by a different Japanese studio, Visions is currently one of the best-reviewed Star Wars properties ever because its stories were everything: quiet, somber, philosophical, loud, action-packed, funny, etc. Even if you’re not into Star Wars, chances are you’ll find something to enjoy in Visions because they had the opportunity to experiment and approach the story of space wizards with laser swords from many different angles.

The same can be said for The Animatrix, one of the first anime takes on American pop culture meant to play around with and expand the world of its parent property. So, while some of the Matrix anime films are short on story but heavy on style and atmosphere, others actually improve the franchise’s plot. For example, did you know that before they enslaved humanity, the robots tried to live peacefully out in the desert, building their own nation, which we then bombed because we were jealous of their economic success?

That’s a brilliant addition to the Matrix universe because it makes the supposed villains more three-dimensional. Also, if you’re a fan of DC superheroes, check out the anime anthology Batman: Gotham Knight, especially the “Working Through Pain” short about misogyny, the power of the mind and the depth of Bruce Wayne’s trauma. What all of this tells us is that anime adaptations only work when they are expanding on well-established franchises. Star Wars, The Matrix and Batman are all successes in their own rights so any anime addition to their worlds is just that: a bonus. If it works, great. If it doesn’t, you don’t really mind. But anime is not meant to save a dying franchise like Jupiter’s Legacy or Bright.

From what we’ve seen, long-form simply doesn’t suit the attempt. You have to keep things short and sweet in the form of anthologies. Do that and you will come up with something beautiful. Ignore it and you will get people asking “What the hell is Super Crooks and why should I care ? ”