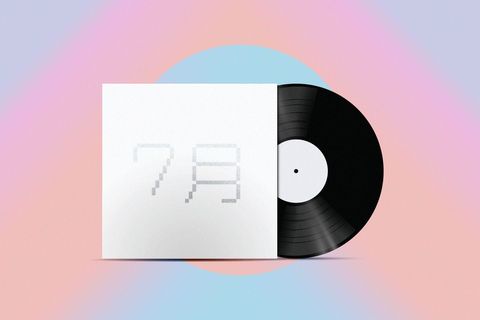 In line with the rising temperatures, Japanese artists turned up the heat in July with a range of hyper-fast, remixed and electrified releases. In our latest review of the best albums of the month, we feature Starkids’ member Benxni, Sen Morimoto and Illiomote as well as a calming album from Tomotsugu Nakamura. There’s also a bonus mention for Perfume.

If expletives were censored, we’d probably be unable to listen to around 80 percent of the second track “Bass Hit.” It’s loaded with as many X-rated words as it is with shattering synth. The chords stripped back to trance-esque levels create a frenetic type of energy, punctured by booty bass hits to illustrate a point.

“Only One” sees Benxni proving a point, proclaiming “we’ve only got one life,” between euro-dance type percussion and game console clicks. “What’s Next” sees the gain turned up and the speed slowed down. Then there’s the muffled bass accompanying Benxni’s self-affirming lyrics: “used to be the main now we’re the opener.”

Benxni is joined by fellow Starkids member Lil Roar on “Maha,” the speaker-shaking, big room track with an addictive reverb effect. “No No” is arguably the calmest song on the album, with Benxni showcasing versatility with his voice and lyrics. It’s the nearest you’ll find to a rap track on the record. “Zoo Shit” sees Benxni alongside bandmates and others from the Tokyo hyperpop scene. “Dead” is an unabashedly pop-ready track, with chords strangely reminiscent of a pop punk track.

Compared to Benxni’s prior releases, Concrete shows a willingness to let go and shout from the rooftops. Play it loud from a car, with the roof down.

Hyogo-based Kan Sano steps up first, with a vaporwave slant on the original downtempo “Woof.”

Maika Loubté turns Morimoto’s jazzy “Symbols, Tokens” into a tight, bubbly number, adding a somewhat darker edge to the original track. “Nothing Isn’t Very Cool” is an acapella jazz affair, easy to see being performed at Tokyo’s Bluenote jazz club. Until Foodman glitches it into space, sending Morimoto’s vocals into disarray as a novel melody line.

The original hip-hop on “Deep Down,” featuring Aaamyyy (whose new song placed in last month’s round-up ), gets a spin in what is possibly my favorite remix on the whole album by Tamanaramen. Aaamyyy’s vocals are distorted, layered and then looped some more.

The sleazy sax in the background of “Love, Money Pt. 2’” is largely untouched for the first part of ermhoi’s remix. The second half sees the original flip basically disappear into an ermhoi track in what is the only questionable remix on the album. It’s an interesting take on the remix concept.

Illiomote, a duo who’ve been producing for over five years, have moved away from the indie-sound of their previous releases into more electronic territory. Their inexperience in the field is betrayed by an incongruous pairing of beats and lyrics but there are a couple of stand outs.

“Nothin'” shows a promising R&B lilt to Yoco’s husky vocals, over a distinctively poppy beat. “Folksong’99” is a heartfelt, stripped-back acoustic affair. “Take a chance” is a surprisingly catchy rock tune, albeit with an over-programmed drum machine. “Onemoretime” feels like an ode to Hilary Duff’s tracks of the early 2000s, which is no bad thing. On the contrary, the music scene of late feels like a rewind and reprogramming of that era.

Illiomote undeniably need some work to hone their skills but once they have decided upon their desired sound, the sky’s the limit.

Tomotsugu Nakamura — Nothing Left Behind

After a month of hyperpop and electronic releases, it’s time to take it back to basics with this minimal acoustic album from Tokyo-based sound artist Tomotsugu Nakamura.

Expertly mastered by Taylor Deupree, Nothing Left Behind provides a lesson in sitting back and taking stock of the world around. “Poolside” features gentle plucking over a characteristically analog synth drone, delicately traversed with a soft female vocal sample. “Fluffs” is a looped, pensive affair, highlighting Nakamura’s subtle sound collage.

The naming of “Glass” is clear within the first few seconds as glassy clinks punctuate the opening bars. With “Transmitter,” Nakamura’s love of strings is clear. Guitar strums and plucks glide through the track.

Each song is a carefully composed trip, opening gradually and building to the end notes. Nakamura plays it safe and we feel calm. It’s a great album for closing your eyes and letting go.

I have recently rediscovered Perfume, the pioneering Japanese music J-Pop trio. A recent conversation with a well-respected producer led me to seek out and give them another chance. In turn, I have recast my opinion on the band, who have been a non-stop constant on the mainstream Japanese music scene for nearly 20 years.

Composed with precision and mastered with flair, the tracks are conventional J-pop songs, taken as they are. Perfume’s latest release, Plasma is full of big-beat, catchy productions and sing-along lyrics. A great listen on hangover days.

If you’re a Japan-based musician, please send any forthcoming releases over to: editor[at]tokyoweekender[dot]com. Include the subject line: “FAO Music Editor.”