Yoshiki: Rediscovering the X Factor That Propelled One of Japan’s Biggest Superstars

Superstar Yoshiki talks about his beginnings in music, the tragedies he’s faced and X Japan’s birth, death and resurrection

Yoshiki Hayashi — now known mononymously as Yoshiki — was just four when he received his first-ever piano. As a youngster, he says he quickly tired of new things but this was different. Obsessed with the instrument, he locked himself in his room for hours playing it. Even before entering elementary school, he had his heart set on being a musician and was soon composing his own songs. That resolve became stronger after his father took his own life when Yoshiki was just 10.

“I felt lost inside,” Yoshiki tells TW . “There were so many questions going around in my head. Could I have stopped him? Why was I still here? I was crying every day. My one escape was music. For my birthday, my parents always bought me an instrument and my mom carried on that tradition after my dad died. She got me a drum kit which I used to beat out the pain I was feeling.”

The following year, an 11-year-old Yoshiki formed the band Dynamite with childhood friend ToshI (Toshimitsu Deyama). Later renamed Noise, they were influenced by western acts such as David Bowie, Led Zeppelin and the Sex Pistols. The group that had the biggest impact on Yoshiki, though, was Kiss.

“The first single I heard was ‘Love Gun’,” he recalls. “Walking past the rock section at a record store, I saw these guys with makeup on and was immediately intrigued. I got the man at the shop to play the song and was completely captivated. That feeling intensified after my mom took me to watch them at the Budokan. In our early days, we often covered them.”

When Noise disbanded in 1982, Yoshiki and frontman ToshI established a new group they called X while trying to think of another name. No longer a bunch of kids having fun, they were now serious about making it to the top. Convincing critics of their artistry, however, initially proved difficult.

“The critics absolutely hated us,” says Yoshiki laughing. “We played heavy music but dressed like princesses. There was no one else like that in Japan then, so they couldn’t categorize us. Yet despite having the worst reputation, our shows were always packed. That gave me the confidence to start my own label. I borrowed $100,000 from my mom and promised to pay her back when we became big.”

She didn’t have to wait long. “Orgasm,” the first single to be released under Extasy Records, quickly sold out. The band’s debut album, Vanishing Vision , released in 1988, then reached number 19 in the Oricon Chart, making X the first indie group to enter the main chart. The record featured the track “Kurenai,” which Yoshiki sees as one of the band’s two seminal songs along with “Endless Rain.”

“I think ‘Kurenai’ established who we are as a band,” opines Yoshiki. “It’s heavy rock yet also melodic. I’m still proud of it today. The same goes for ‘Endless Rain,’ the first ballad I wrote. I was asked by Sony to come up with something slower, but initially wasn’t sure about it. The people there loved the track, though, and we released it at the end of 1989. That changed our history.” Pioneers of the visual-kei movement, X were now one of the biggest bands in the country thanks to albums like Blue Blood and Jealousy . The latter, released in 1991, topped the Oricon Chart, going on to sell more than one million copies. The next goal for Yoshiki was to break America. To distinguish themselves from US punk group X, they were subsequently renamed X Japan.

“My ambition was huge,” he says. “I wanted to be the biggest rock star in the world. I bought a studio in LA and was determined to go for it. What I didn’t see was that the other members weren’t necessarily thinking the same. I thought I was leading them, but as I ran toward my goal, I forgot to look back. The plan was to release an American album, but during our first press conference we couldn’t even speak English. I probably tried to push things too quickly.”

The US album never materialized and members of the band started working on solo projects. In 1993, Yoshiki released Eternal Melody , a classical studio album produced by the man often referred to as the “fifth Beatle,” George Martin. The following year, he collaborated with Queen drummer Roger Taylor on “Foreign Sand” and did an instrumental cover of the Kiss track, “Black Diamond” with the American Symphony Orchestra. Initially intended for the Japanese edition of the tribute album, Kiss My Ass , Gene Simmons liked it so much he added it to all editions. ToshI’s Departure and the Death of Hide

X Japan continued to top the charts with their albums Art of Life and Dahlia . Behind the scenes, however, things weren’t so rosy. Yoshiki felt his friendship with ToshI, who he’d known since he was four years old, was deteriorating. In 1997, ToshI left the band, leaving fans stunned. He later admitted that he’d been brainwashed and conned out of money by a mysterious cult-like group called Home of Heart.

“I felt something wasn’t right long before he quit,” admits Yoshiki. “After the announcement, we prepared for our last concert and there was so much tension. Hardly anyone spoke. Once that was over, though, we had to move on. I discussed finding a new singer for X Japan 2 with Hide (lead guitarist, Hideto Matsumoto). Tragically, before the wheels were in motion, he passed away.”

On the morning of May 2, 1998, Hide was found hanged by a towel tied to a door handle in his apartment. Though authorities deemed his death a suicide, many of his friends and colleagues, including Yoshiki, believed it was an accident. The main songwriter for X Japan struggled to come to terms with his friend’s death.

“I wanted to quit as a musician and never wanted to hear the name X Japan again,” he says. “After some time, I thought I could compose songs for others, but didn’t have the motivation to be on stage myself until I was asked to do a piano concerto for Emperor Akihito to celebrate the 10th year of his reign. At first, I wasn’t sure. My confidence had gone. I spoke to my mother and she said I should definitely do it. So, I did and loved it. It was an honor.” 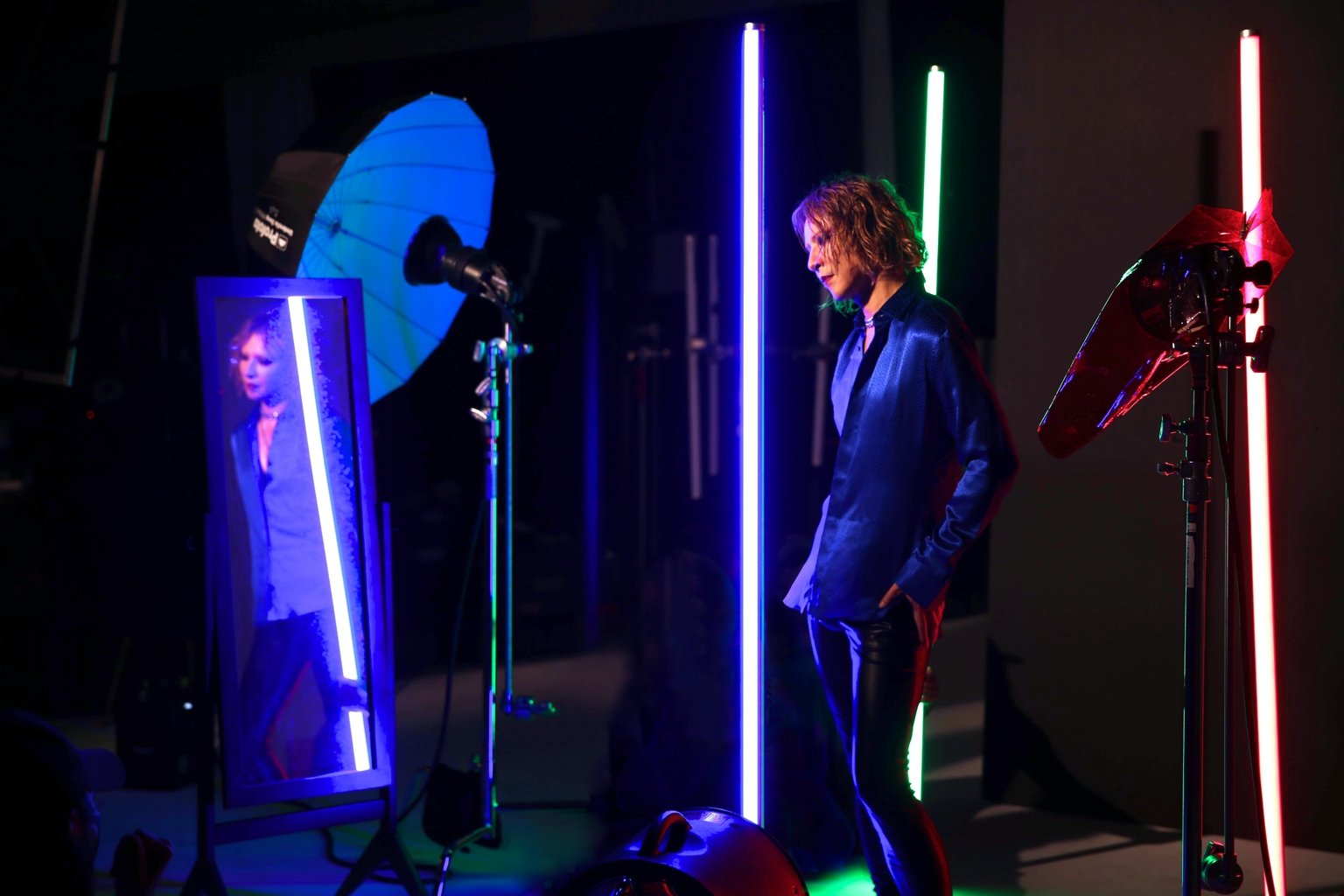 Revitalized, Yoshiki kept himself busy with various activities including his solo project, Violet UK, producing singles for Korean rock band TraxX and a brief appearance in pop group, Globe. He also released his second classical album, Eternal Melody II . Then, in 2006, he received a surprise phone call from ToshI.

The pair worked together on Yoshiki’s song “Without You” as a tribute to Hide. The following year, X Japan made their first public appearance in a decade to shoot the track “I.V.,” which featured in the horror film Saw IV . Yoshiki admits it was surreal to be back together again, though his objective hadn’t changed. He remained determined to break America.

“That ambition will never leave me,” he says. “Not just the States but the world. Japan’s the second biggest music market globally so many Japanese artists aren’t particularly motivated to do well overseas. I’ve never felt that way. We have fans in the US and have played at esteemed venues such as Madison Square Garden and Carnegie Hall, but we’re nowhere near making it yet.” 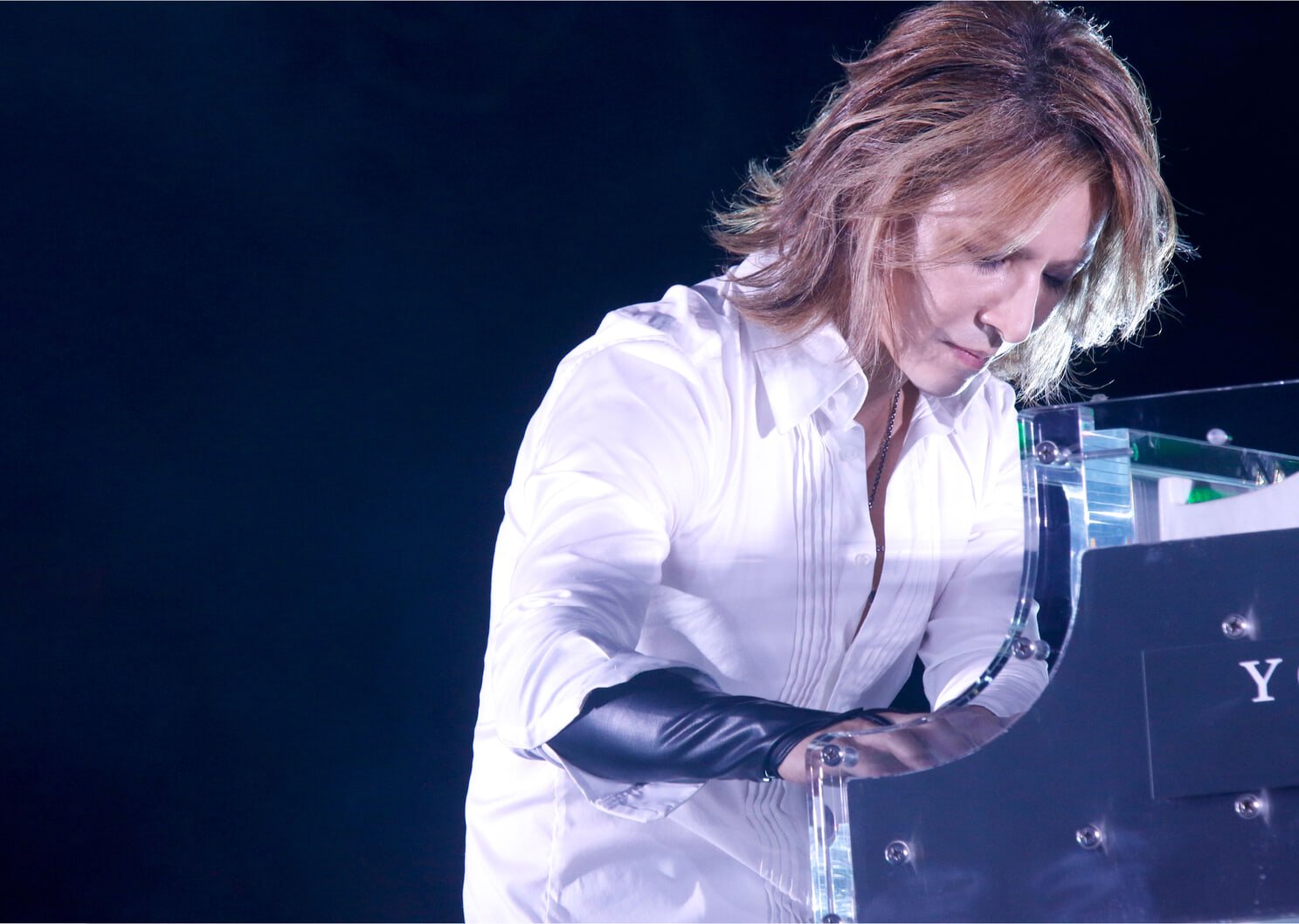 Stephen Kijak’s documentary, We Are X , released in 2016, leads up to the band’s live show at Madison Square Garden in 2014. It covers the departure of ToshI, the death of Hide and the suicide of former member Taiji (Sawada). Star-studded guests in the film include Guns N’ Roses guitarist Richard Fortus and Kiss frontman Gene Simmons, who believes if X Japan “were born in America or England they’d be the biggest band in the world.”

Another high-profile contributor to the documentary is the late Marvel Comics author Stan Lee. He created the manga fantasy series, Blood Red Dragon with Yoshiki whom he named as the rock star superhero of the story. It’s no surprise really. Yoshiki is, after-all, a national treasure in Japan.

Beyond his music, he’s known for his philanthropy through nonprofit public benefit corporation, the Yoshiki Foundation America. Established in 2010, the organization has donated millions to environmental groups, mental health causes and areas devastated by disasters and conflicts. Due to his charitable contributions, the musician received the prestigious Japanese Medal of Honor in 2021.

A man in demand, he recently became the first-ever artist to partner with Coca-Cola Japan to launch the Yoshiki-inspired energy drinks, Real Gold X and Real Gold Y. He is also currently producing Yoshiki Superstar Project X , an audition program for a boy band on Nippon TV.

Collaborating with Kiss and Queen: “Kiss changed my life and are still gods to me. To play with them was amazing. The same with Roger Taylor and Brian May. I joined them and Sarah Brightman for Kohaku Uta Gassen. It was hard to concentrate because they’re living legends.”

Michael Jackson’s wrist band: “He often used my studio , t hen he threw a party in Japan and I was invited. I wore a black wrist band because of my tendonitis. He thought it was a fashion item and I’m told that’s why he started wearing them.”

Meeting Stan Lee: “ I’d organized a charity dinner and he came as a friend of a friend. We were on the same table, but I didn’t know who he was. He told me he made superheroes so I asked him to turn me into one. He did and we kept in touch. An amazing person and so humble.”

A surprise encounter with Queen Elizabeth II: “I was in the royal box for a polo tournament. When the Queen came down, we all stood and my scarf blew into her face. I was so embarrassed. Fortunately, we spoke after and Her Majesty was the sweetest woman. I felt very honored.”