An exclusive ghost story from "Kakurenbo and other Ghostly Tales of Japan," to be published by Kikui Press in 2022

Tokyo Weekender’s series TW Creatives features various works by Japan-based writers, photographers, videographers, illustrators and other creatives in a bid to provide one additional platform for them to exhibit their talent. The works submitted here belong entirely to the creators. Tokyo Weekender only takes pride in being one of their most passionate supporters. This time, we introduce Andi Brooks with an exclusive ghost story from his forthcoming book “Kakurenbo and other Ghostly Tales of Japan,” which will be published by Kikui Press in 2022. Like “Ghostly Tales of Japan,” it will be a collection of original ghost stories set in different periods of Japanese history. 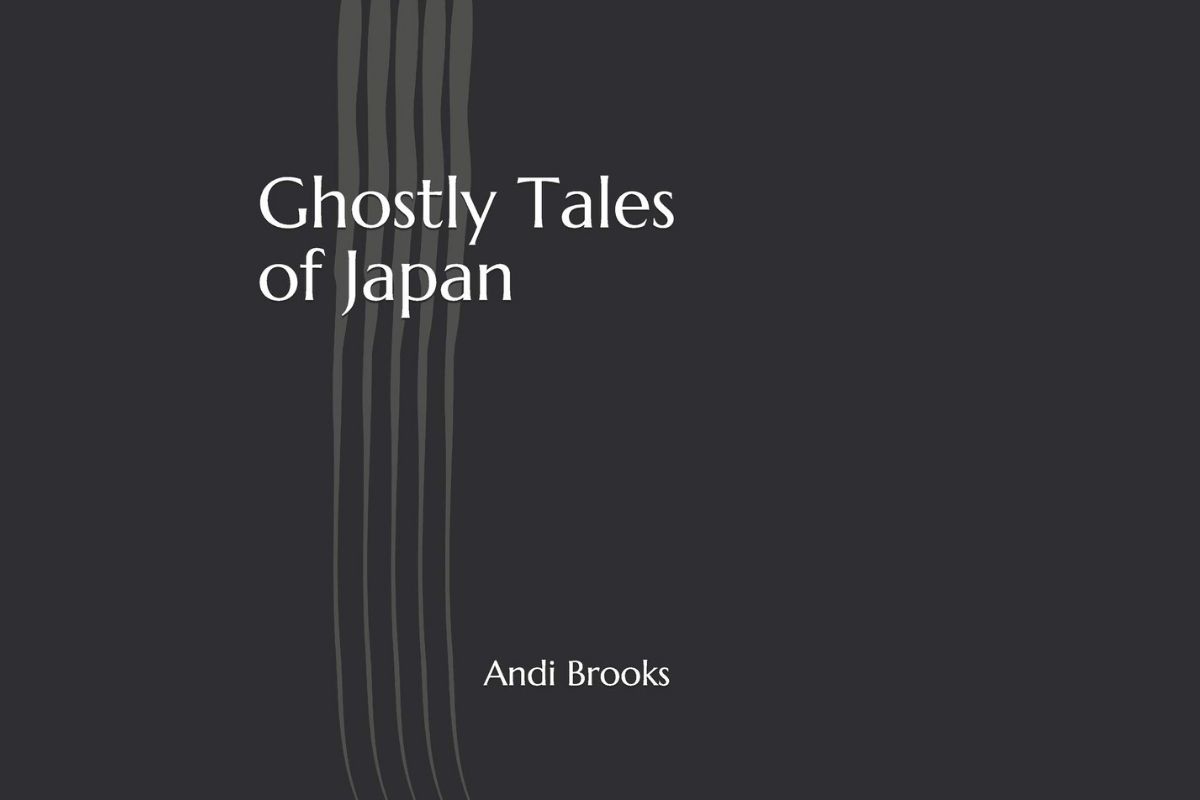 I loved her deeply. And she returned my love tenfold. It was often said by those among our acquaintance that if our relationship were to ever end, there would be no hope for any relationship. But end it did. It came without warning. One day, I awoke to find that she had gone. But curiously, she had not taken anything with her. Her clothes still hung in the closet. Her cosmetics still lined the shelves of the senmenjo. It was as she had been spirited away in the night. I was bereft. Without her, life ceased to have any meaning. I found myself plunged into an all-consuming darkness from which I was powerless to extricate myself. Wracked by inconsolable grief, I sought consolation in dark realms hitherto unknown to me. But these superficial bodily pleasures failed to ease my pain. The more I surrendered myself to them, the deeper my melancholia became. Eventually, I shut myself away from society and brooded, alone and forlorn.

The passage of time did nothing to assuage my unbearable sense of loss. Even if I had wanted to put the past behind me, she would not let me go. Nightly, she haunted my dreams and I found my waking hours consumed by thoughts of her. I cared not that I had to abandon my life to wallow in a mire of self-pity and loathing. I tortured myself incessantly, pondering over impossible questions. What had become of her? Was she happy? Did her thoughts ever drift back to the blissful years which we had spent together or had she erased me from her memory? Had she found… a new love? I allowed myself no remission.

The advancing years took their inevitable toil upon my body and health. Caught off guard by the unrecognizable face in the mirror, I spent hours scrutinizing my features, trying to picture what she would look like now, so many decades later. But the glowing image of her in the full bloom of youth refused to be usurped. In time, a gnawing fear gradually took hold of me. What if I should die without ever learning the truth of her disappearance? I increasingly caught myself nervously glancing over my shoulder, half expecting to see the awful specter of death reaching out to claim me. Fearing for my sanity, I emerged from my solitude and sought out our friends of old. Shocked at the sight of what long neglect had reduced me to, they patiently and sympathetically listened to my many questions. But they could not help. Not a single one of them had seen or heard of her in all the years which had passed since that morning. Had she ever really existed? Was she nothing more than a chimera of my own creation? I retreated once more from the world and sank ever deeper into darkness.

The more I analyzed our life together, the more I wondered what I could have done to cause her to steal away without a word. How had I unwittingly sown the seeds of her discontent? What unforgivable offense could I have been guilty of? But no matter how deeply I pondered, I could recall no disharmony in our idyllic life together. The mystery merely deepened, gnawing away at me until I could stand it no more. One day, as she had done so long ago, I walked out of the house we had shared, leaving everything behind. I visited all of our old haunts, vainly hoping that I would catch a glimpse of her there. But all had changed while I had been closeted away. The once familiar scenes were no more. And of her, there was no trace. In my despondency, I wandered aimlessly, a vagabond, searching endlessly, always clinging desperately to the hope that one day I would see her again. I made my bed beneath the stars and found sustenance where I could. As each day drew to an end, my heart sank at my utter failure to find a single clue as to what had become of her. But in sleep she again came to me, a vision so sublime that my pain was washed away. Each morning, I awoke filled once more with false hope.

Then, one day, after untold years of fruitless searching, I found her. Or rather she found me. I had paused to rest my weary bones upon a bench in the precincts of a temple. Awaking from a fitful nap, I opened my eyes to find her standing before me. Untouched by time, she was as young and breathtakingly beautiful as when I had last held her in my arms. That this should have struck me as impossible did not occur to me. I was too overcome with emotion. She sat beside me, radiant, and gently brushed the tears from my cheeks. I tried to speak, but she lay a finger softly upon my lips and smiled.

Taking me by the hand, she led me away from the temple and into a nearby bamboo copse. Sunlight filtered down through the canopy, bathing her in an ethereal glow. How my heart ached with joy at being in her company again. But my old limbs struggled to keep up with her as she danced and skipped ahead of me deeper into the copse. Once, I stumbled, but she was instantly by my side, catching me gently by the elbow. I smiled though my chest heaved with exertion.

She drew closer and spoke for the first time. “We are almost there.”

In my rapture, I questioned not where “there” might be. Once more, she gaily went ahead along an invisible path winding ever deeper into the copse. I doggedly followed in her wake until she finally paused and waited for me to catch up. We stood in a small clearing among the towering bamboo. It seemed somehow familiar although I had no memory of ever having been there before. My love sat upon a rock and bade me sit by her side. On aching legs I lowered myself and looked longingly into her beguiling eyes.

“I loved you more than life itself,” she whispered.

“And I you.” My voice was unsteady with emotion. “Why did we have to part?”

“It matters not now,” she replied soothingly.

But though her words were light, I sensed a dark cloud descending upon us. I looked around uneasily. “I do not like this place.”

“But it was chosen by you,”

“By I? But I have never been here before.”

Despite my assertion, I felt an indescribable dread weave itself around me.

“Let us leave this place,” I pleaded. “Let us return to the light.”

In answer, she kissed me lightly upon the lips. In that instant, I felt the weight of those long years apart from her lift and my apprehension melt away. She gently embraced me and kissed me again, more deeply. Encircling her waist with my arm, my hand fell upon something hard and cold at her side. I recoiled at the touch, but she placed her hand upon mine and wrapped my fingers around the object. Was it not familiar? I reluctantly withdrew it and held it before my disbelieving eyes. Horror froze my soul. My own dagger, coated in rust and moss. Speechless, I turned to my love to find a weather-worn skeleton in my embrace. Before my eyes, it crumbled to dust. Only the skull with its darkened sockets and mocking parody of a smile looked back up at me.

With total clarity, I recalled all that had been. My anguished howl of despair rang out, but there was no one to hear it. I was totally alone in the world. Andi Brooks is an Anglo-Irish writer based in Tokyo. He began writing on vintage horror and science fiction films for American and UK magazines in 1991. With Frank J. Dello Stritto, he co-wrote Vampire Over London: Bela Lugosi in Britain (Cult Movies Press 2000), a critically acclaimed biography of the Hollywood legend forever associated with the role of Dracula. In 2017, he received the Rondo Hatton Classic Horror Award for “Dracula and the It Girl,” an article that recounted the short-lived love affair between Bela Lugosi and silent screen star Clara Bow. In 2020, he published Ghostly Tales of Japan , a collection of thirty original ghostly stories set throughout Japanese history. His second volume of ghostly Japanese stories and a guide to the terrifying sites of Tokyo is to be published in 2022.

Ghostly Tales of Japan by Andi Brooks is available for purchase on Amazon Japan or as an ebook from Rakuten Kobo, Barnes and Noble, and other online retailers.

The book will soon be available in French too. A new French translation, Histories De Fantômes Japonais , by Arnold Petit commissioned by the French publishing house OKNO-éditions will be published on January 12, 2022. It will be available online and in stores in France, Belgium, Switzerland and Tokyo. For more horror recommendations, check out this article , and for more bookish content, consider joining the TW Book Club !