...they're same as the old gods

Tokyo Weekender’s series TW Creatives features various works by Japan-based writers, photographers, videographers, illustrators and other creatives in a bid to provide one additional platform for them to exhibit their talent. The works submitted here belong entirely to the creators. Tokyo Weekender only takes pride in being one of their most passionate supporters. This time, we introduce a short travel piece by Kyoto-based author Edward J. Taylor .

Meet the New Gods. Same as the Old Gods

Tenri is a small city which rose around the growth of the Tenri sect (think Salt Lake City). The train station was at the open mouth of a long shopping arcade, which seemed to thrive despite similar arcades across the nation dying with a spectacular sucking sound as money is pulled out of the countryside toward the capital. Here shops were selling vegetables, selling robes, selling toys, selling Buddhist paraphernalia. Millions of pilgrims passing through have brought the money back from the capital again.

At the opposite end of the long arcade are the main headquarters of the Tenrikyo. The complex was surrounded on all sides by massive dormitories with pitched, Chinese-style roofs, making me think of housing projects crossed with the hotel in Spirited Away . A massive temple served as the heart-center of this space, space being the keyword here since, unlike most other Buddhist temples, there was no altar bearing candles or images, merely a large pit open on all four sides. It was as if four temples had been fused together, with an entrance at each cardinal direction, facing the dormitories beyond. At first, I cynically thought that this religion had no center, but Joseph Campbell later informed me that within it was a post that marked the spot from which mankind evolved. I entered and knelt awhile, enjoying the cool air and soft tatami. In my short time there, dozens of followers came in from each of the four doors, knelt before the open space before them, and did these perfect half bows. Then they’d start in on a chant, their hands tracing out a series of mudras in time to the rhythm. It was beautiful to watch, especially the kids tracing out smaller forms with their tiny fingers. Besides the families, there were also a few young couples, dressed as if this were part of the day’s date. Many of the followers wore uniforms similar to judo practice tops, all black, and wrapped with that thick belt coveted by martial artists worldwide. One young guy sitting in front had a powerful and mesmerizing voice. I could’ve stayed here all afternoon if I hadn’t had a 16-kilometer hike before me. I honestly felt really moved by what I saw, at the sheer faith that the followers displayed.

I stepped outside, past the shoehorn wallahs armed with the tools of their trade. In front of me, I was surprised to see two foreigners stop their bikes, do a perfunctory bow, then ride off again. Were these two members of this religion, or merely a couple of JET teachers working locally and made to do this as part of their living here? Puzzled, I moved on. I wandered the rest of the day along the Yamanobe-no-michi, in the shadows of the mountains yet never actually entering them. At Isonokami Shrine, I watched the sacred long-tailed chickens, flitting from branch to branch like kids on a jungle gym (it brought clarity to the definition of Torii as ‘bird-perch,’ cockerels summoning up the Sun Goddess, and all that). The trail took me past quiet ponds shaded by lily pads, between ancient burial mounds, and along waterways which fed the many fields and rice paddies. It was like walking through the Kojiki, but for the stones inscribed with passages from Basho who had passed through a couple of millennia later. These poems served as a reminder that time plods ever on, and is constantly being marked by bright minds attempting to make sense of our brief place in it.

The July day was growing hotter, so I took refuge in the shade of a house in one of the many villages I was to pass through. Someone had laid out some complimentary tea and sold veggies on the honor system. The reading material on a shelf nearby was very, very nationalistic, somewhat contradicting the open approach to strangers. Later in the afternoon, a squall broke overhead, but I sat happily on the steps of a small temple, enjoying the rhythms the rain played on the surface of a pond.

An hour later, the rain caught me again, forcing me to run to the shelter of somebody’s makeshift barn. Further on, I climbed up to a small shrine atop a tomb. Littered about were the bodies of about a half-dozen freshly killed crows. Well spooked, I didn’t linger, moving into the forest where the shrines and temples began to take on a thicker concentration. This slowed the pace significantly, until arriving at Sakurai Station well past dark. Riding the train north, I sat tired but happy, my footfalls having taken me along one of the nicest hikes in the Kansai region. 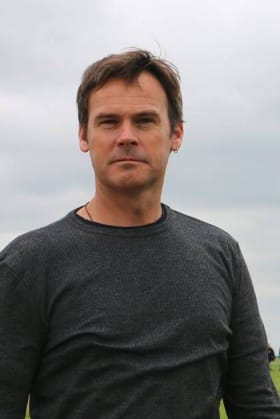 Based in Kyoto, Edward J. Taylor’s work has appeared in The Japan Times , Singapore Straits Times , Kyoto Journal , Skyward : JAL’s Inflight Magazine, Resurgence , Outdoor Japan , Kansai Time Out and Elephant Journal , as well as in various print and online publications. Graduate of the University of Arizona’s renowned Creative Writing program, he won the top prize in the Kyoto International Cultural Association Essay Contest, and now serves as a Contributing Editor at Kyoto Journal. Edward is the co-editor of the Deep Kyoto Walks anthology and is currently at work on a series of books about walking Japan’s ancient highways. Edward J. Taylor is a member of the Writers In Kyoto . Find out more about him at
notesfromthenog. blogspot.jp

Want to be featured next? Reach out to us at [email protected] 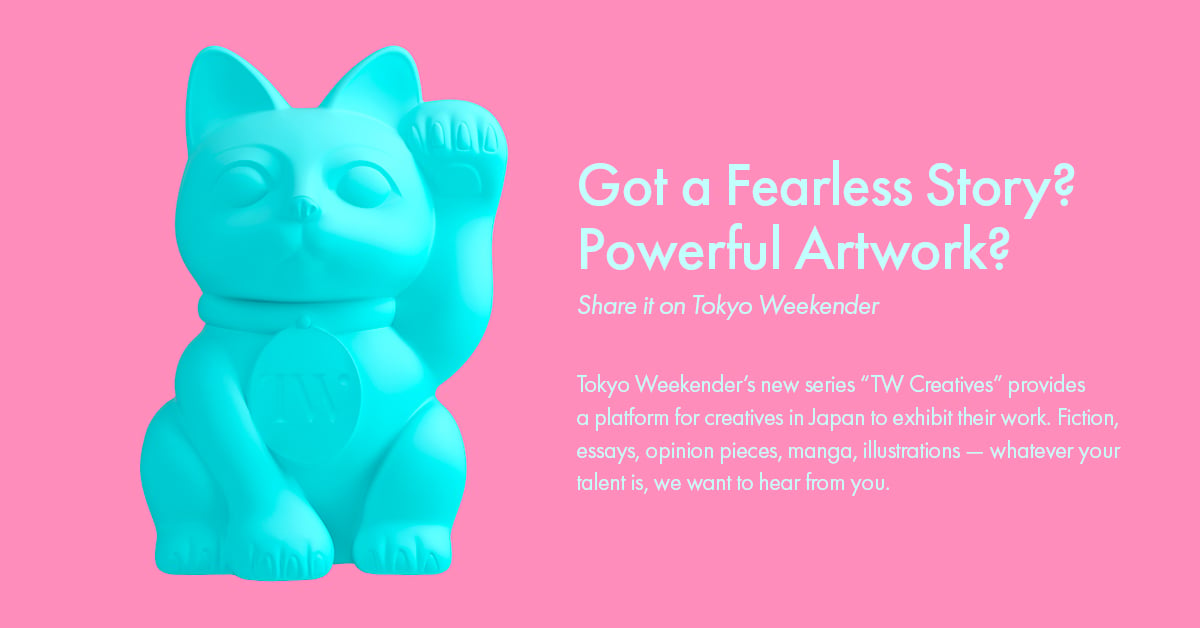